Hitachi Seaside Park(国営ひたち海浜公園) is a national park covering about 190ha located in Hitachinaka City faced to the Pacific Ocean, which consists of 7 areas including pleasure garden area with amusement park and sandhill area, and the park is full of families throughout the year. The park is famous for beautiful flowers and a variety of flowers brilliantly bloom from season to season all over the park. 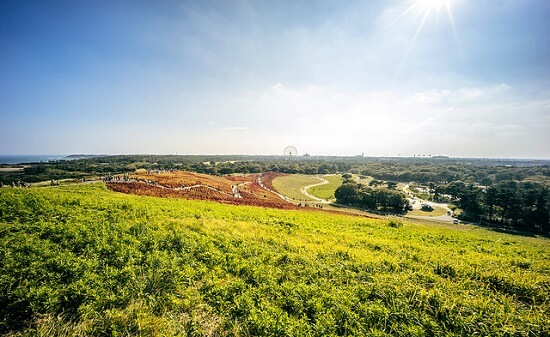 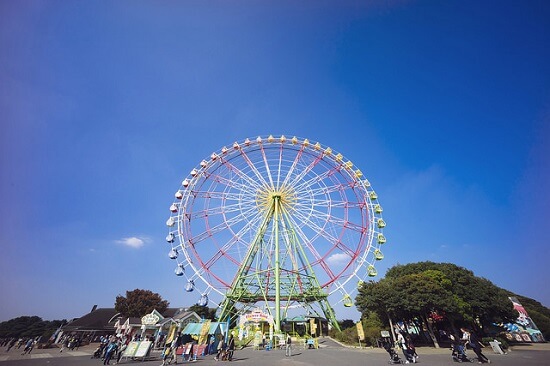 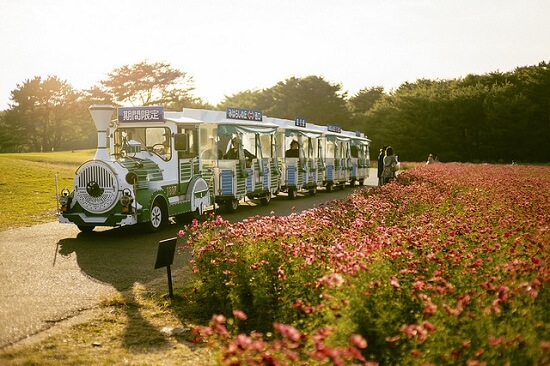 Blue world as far as the eye can reach

The feature of spring in the park is Nemophila Harmony held from late April to mid May. Bule world is appeared as far as the eye can see on the 3.5ha-Miharashi Hills. 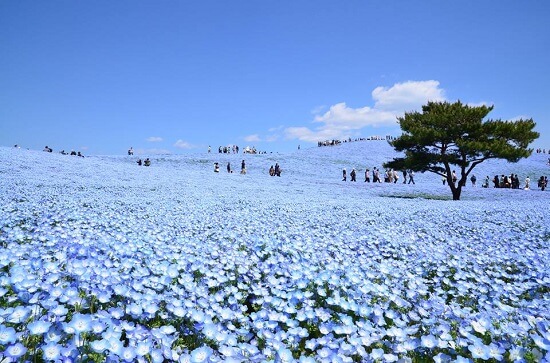 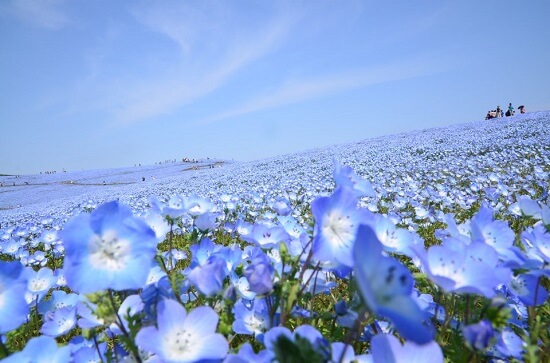 This pretty blue flower is nemophila, or baby blue eyes, the annual plant of the family Hydrophyllaceae. 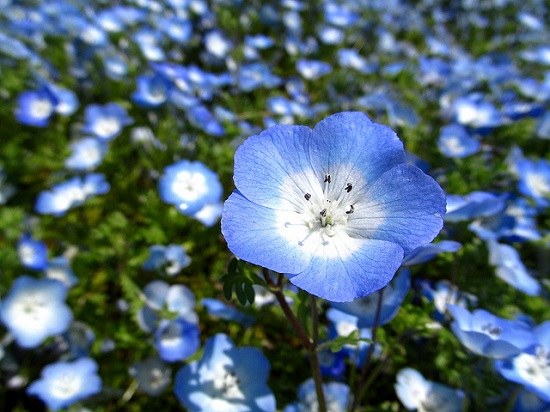 The number of nemophilas filled with the Miharashi Hills is 4.5 million! A blue carpet of nemophilas enhances its beauty against the backdrop of blue sky. It’s breathtakingly beautiful! 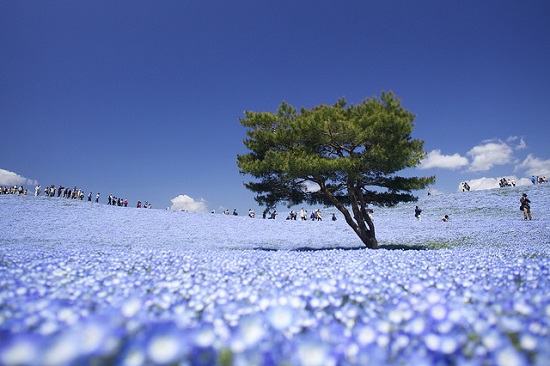 The boundless ground seemingly become at one with the azure sky. Visitors can see the Pacific Oceans from the top of the hills, so that they would be wrapped in the blue world created with hills, oceans, and sky. 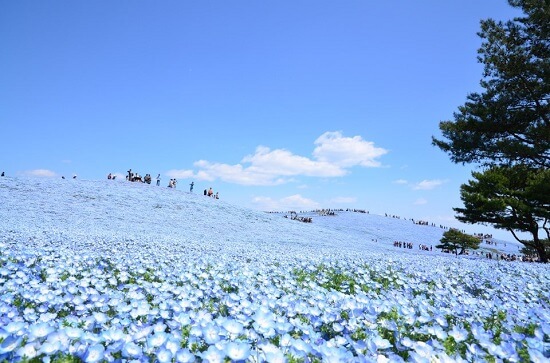 Another tourist attraction is rape blossoms flowering at the foot of hills. It’s amazing to see the fields of blue nemophilas with yellow rape blossoms at one time. 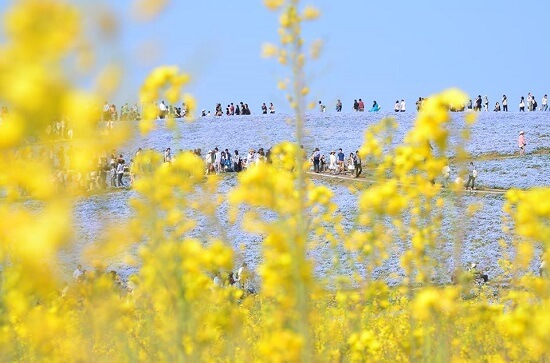 Flowering 2016 is taken place in Hitachi Seaside Park from March 19th to May 15th, where a wide variety of flowers throughout the park bloom one after another during the period. Why don’t you visit there to see the blue world?