Moss phloxes (Shibazakura) are in fulll bloom between mid-April and early-May. The boundless ground will be covered by a carpet of red, white, and pink moss phloxes as far as you can see, which is breathtakingly beautiful! We introduce 5 popular spots viewing remarkable moss phloxes. 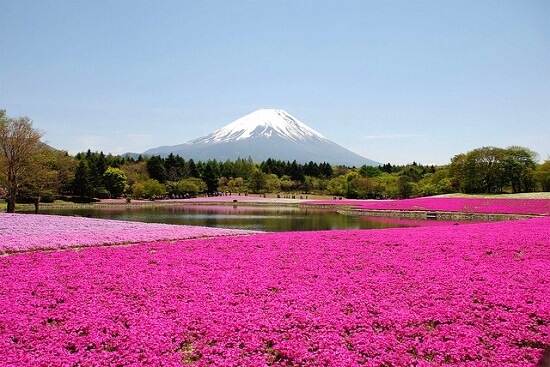 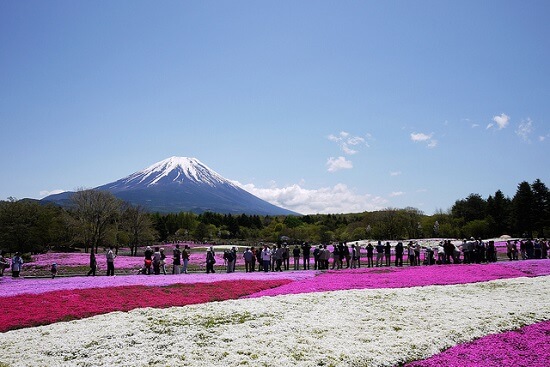 Fuji Shibazakura Festival is the biggest Shibazakura (moss phlox) festival of all areas around Tokyo. It’s yearly held at Fuji Motosuko Resort(富士本栖湖リゾート) located near Motosu Lake, one of the Fuji Five Lakes. This resort has more than 800,000 moss phloxes on the extensive site of roughly 2.4 hectares. A vast ground at the foot of Mt.Fuji is filled with colorful moss phloxes at the time of full bloom, which is highly impressive! A pinky carpet of moss phloxes enhances its beauty against the backdrop of snow‐crowned Mt.Fuji. 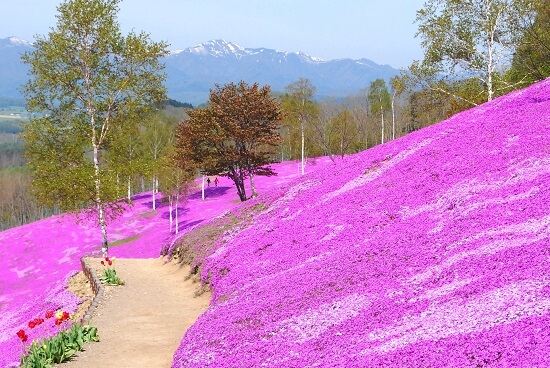 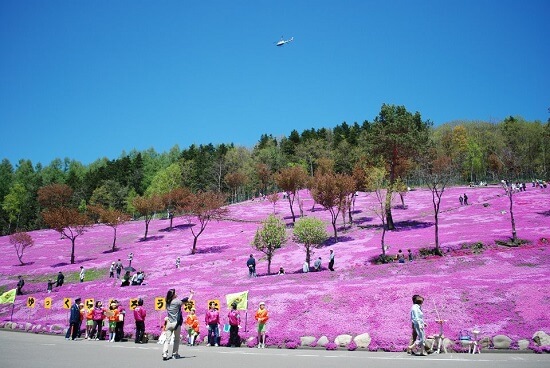 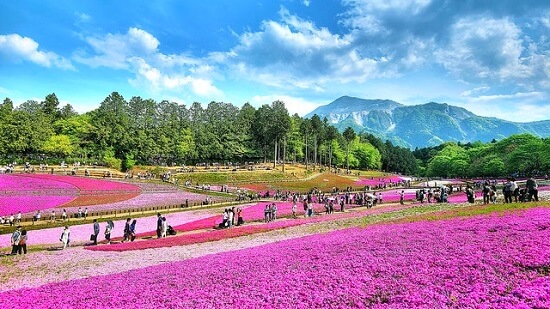 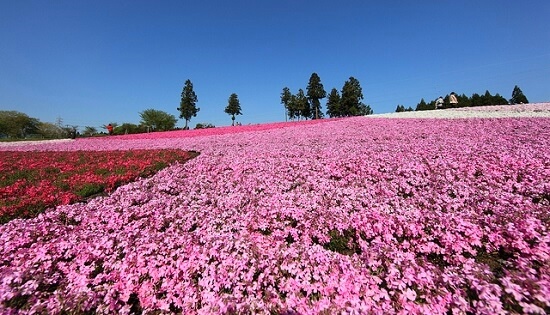 Sheep Mountain Park(羊山公園 芝桜の丘) is located on steep range of hills viewing a city area of Chichibu in west and a magnificent Mr.Buko in south. Hill of Grand Pink is situated on the south of the park, where 9 kinds and 400 thousand of colorful moss phloxes are planted all around by using the slope of Sheep Mountain hills.  It’s seemingly admirable patchwork quilt binding pink, white and purple flowers! Many visitors are fascinated by its fantastic scenery at their best. The slope designs of moss phloxed viewing from the east-side indecate Kasaboko (paper streamers) and kimono slip wearing by Hayashite getting on the floats parade at the Chichibu Night Festival. 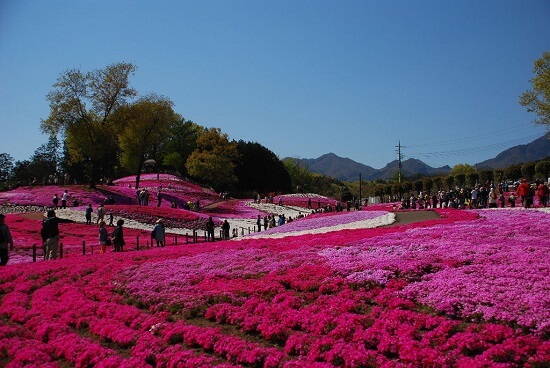 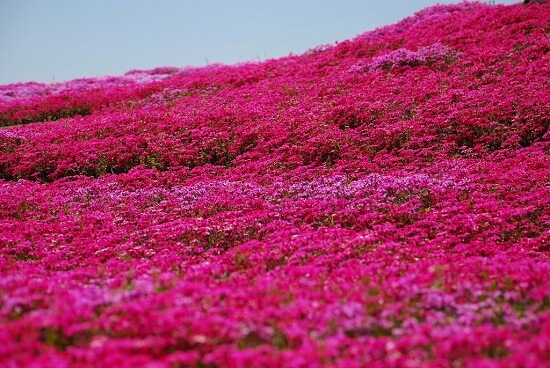 Misato Shibazakura Park(みさと芝桜公園) is situated at the southeast foot of Mt.Haruna which is one of Gunma’s three famous (called Jomosanzan) mountains along with Mt.Akagi and Mt.Myougi. This park has around 260,000 moss phloxes on its 4.1-hectare site. “The hill of Shibazakura, planted to design based on “peach colored feather robe left by Orihime (Vega)”, is beautifully expressed by a great number of red, pink, and white flowers. 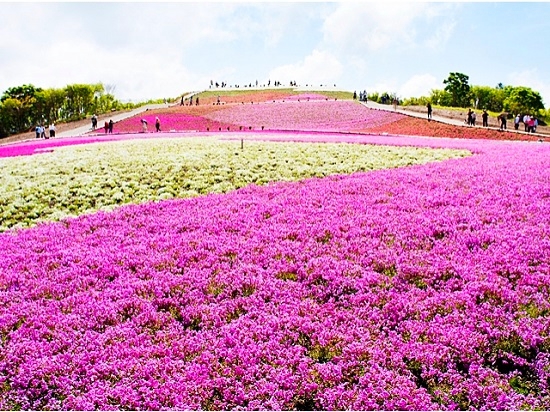 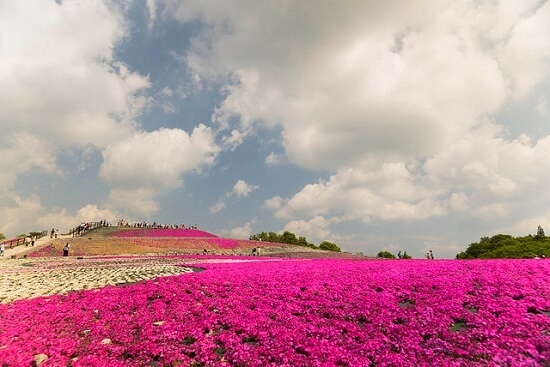 Hill of Shibazakura(茶臼山高原 芝桜の丘) is at the mountaintop of Mt.Hagitaro, which is 1358m above sea level located on the border between Nagano and Aichi. There are 6 kinds of moss phloxes different in shape and color, and roughly 400,000 of colorful moss phloxes are planted in the extensive field of 2.2 hectare. A carpet of pink, white, light-blue, and bluish purple moss phloxes stretches as far as the eye can see at their best. Its amazing beautful scnery is often called “Heavenly Flower Path”