Kamui Cape – A cape dynamically pushing out into the open sea at the tip of Shakotan Peninsula.

Kamui Cape(神威岬) is situated at the northwest of Shakotan Peninsula, which is a part of Niseko‐Shakotan‐Otarukaigan Quasi‐national Park. It’s  a popular tourist attraction to feel the dynamic nature of Hokkaido. 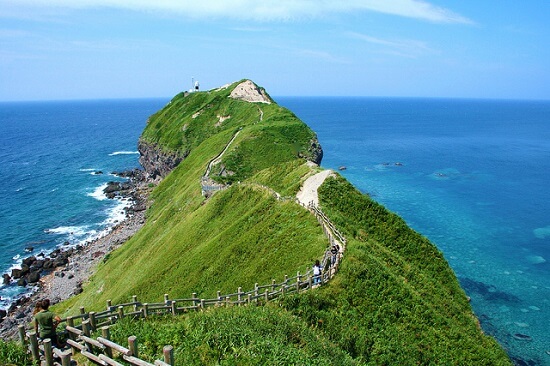 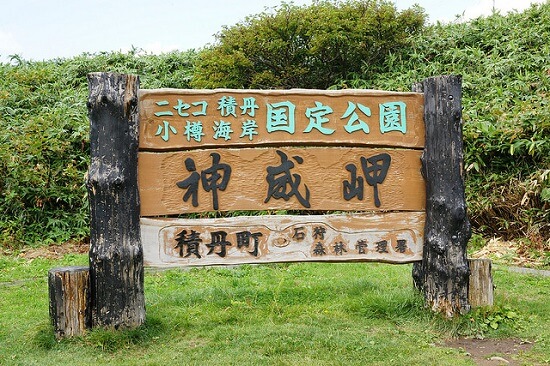 What Kamui Cape made so popular is a spectacular view looking over from the cape dynamically shooting out into the open sea. There is a trail to reach the tip of the cape from the parking, what is called “a path of Charenka”.  You will see a great view of the blue ocean walking throught the path. 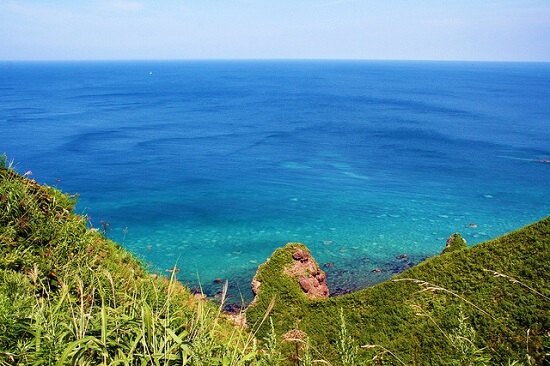 A vast expanse of sea ahead of the cape

You can delight the magnificent view of the Sea of Japan and untouched natural landscape. You can look out over 300-degree view from the path, so that you are able to scan seemingly a little bit rounded horizon. 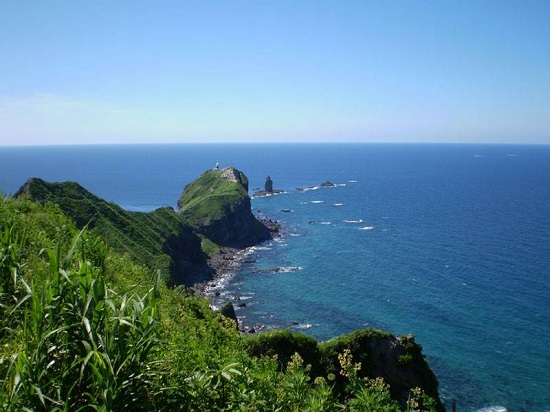 When you look down the coast from the tip of the cape, you will find a big rock called “Kamui Rock”. That rock is said to an embodiment of a girl standing under the crystal clear water. 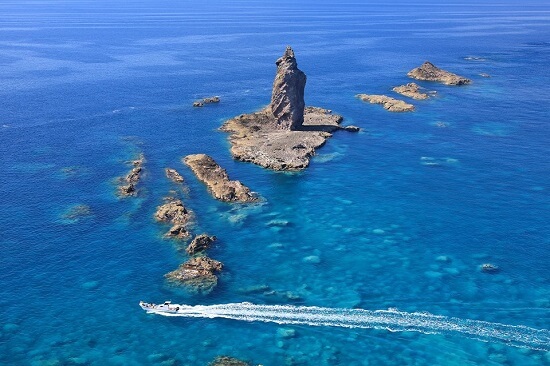 A clear and turquoise water is called “Shakotan Blue”. Its clarity and beauty is amazing! 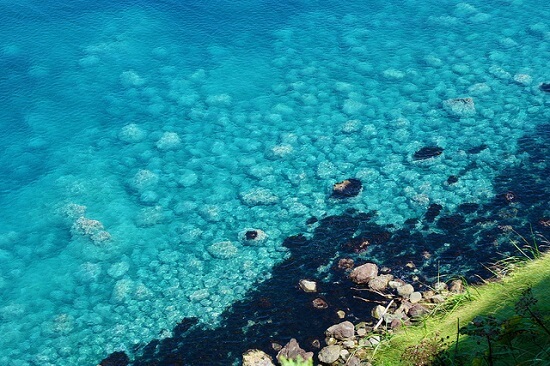 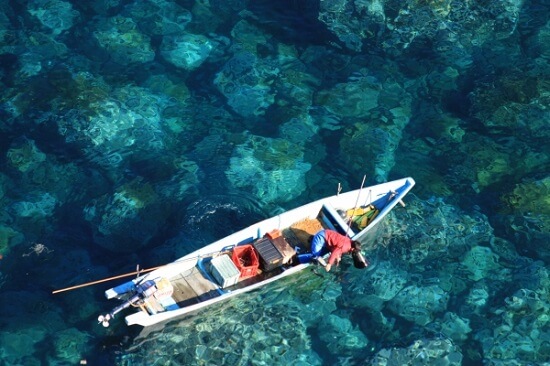 There are many tourist attractions in Shakotan-cho such as a beautiful sunset of Ogon Cape and distict clear water of Shimamui Beach. We recommend you one stretch of a journey to see this superb views!