Cherry blossoms are known familiarly as a symbol of spring in Japan, and it’s a typical seasonal feature to announce the arrival of the spring throughout Japan. Cherry blossoms gloriously bloom and fall in an instant. For this reason, Japanese people are eagerly waiting for the blooming of cherry blossoms and attracted by its momentary beauty. Japan’s Top 100 Cherry Blossom Spots is chosen by Japan Cherry Blossom Association in 1990. This time we introduce 10 spots in Okinawa and Kyushu region out of those. 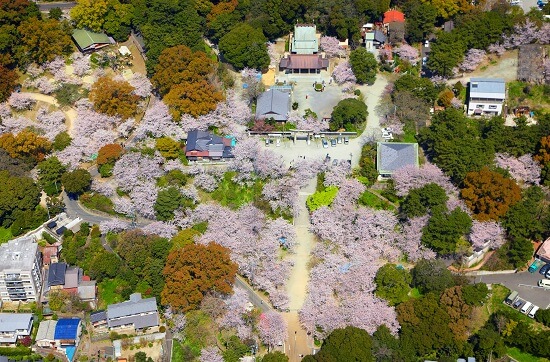 Nishi park(西公園), opened in 1881, is a popular spots having a great view of Hakata Bay from the observatory. Roughly 1300 cherry trees such as Someiyoshino and Yamazakura are planted in the park and beautifully filled with the park at their best. Cherry trees are lit up with paper lanterns in the evening and visitors will enjoy viewing awesome cherry blossoms at night. 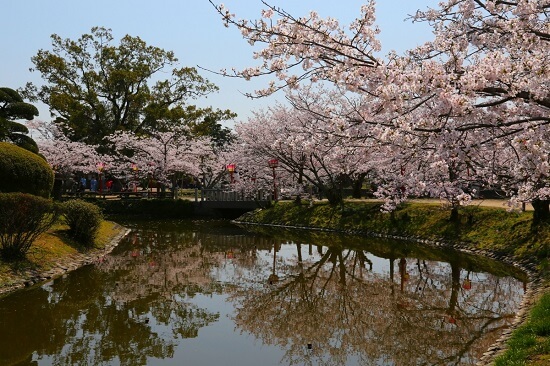 Ogi park(小城公園) is a famous garden constructed by Motoshige Nabeshima and his son, Naoyoshi who governed this region in the 17th century. There are about 3000 Someiyoshino Cherry trees planted in the garden and it’s known for the magnificent cherry trees since old times. The garden is beautifully filled with the cherry blossoms at their best. 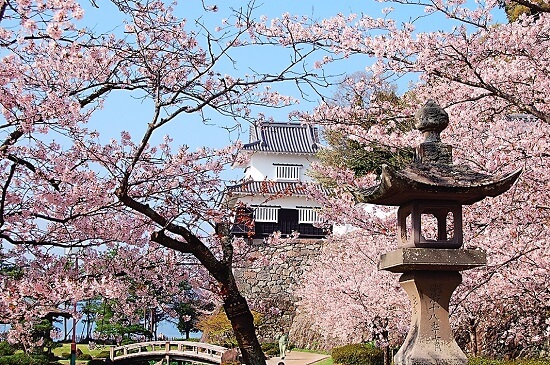 Omura park(大村公園) has established at the Kushima Castle Ruins(玖島城跡) which was a castle of Omura Domain governed this region from late 16th century to late 19th century, and the stone wall of the castle still remains intact. More than 2000 cherry trees such as Someiyoshino and Yaezakura are planted in the park. Specially “Omura Zakura”, a rare variety of a plant found in Omura city, is naturally designed as a national monument. It’s characterized that the number of its flower petals and sepals is relatively large, so that each flower blooms in double layer. It’s worth seeing this precious variety of cherry trees only seen here! 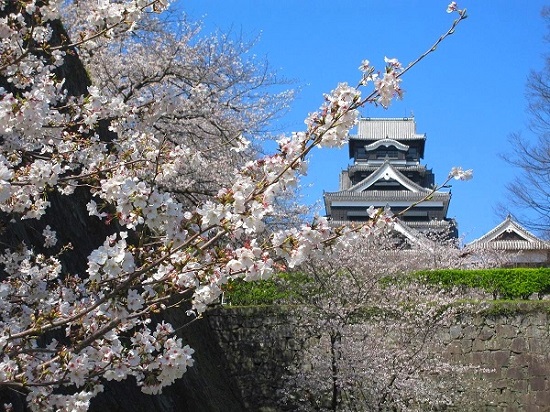 Kumamoto Castle(熊本城) is one of Japan’s three premier castles along with Himeji Castle and Matsumoto Castle, built by Kiyomasa Kato, a feudal Lord governed this region, over seven years since 1601. Kumamoto Castle is highly popular for cherry blossom spot where about 800 cherry trees such as Someiyoshino, Yamazakura, and Higozakura are planted within the castle. Stonewalls and Tenshukaku (castle towers) filled with Cherry blossoms will be very impressive in their best. Cherry trees are illuminated in the evening, and visitors will enjoy viewing beautifully marvelous cherry blossoms at night against the backdrop of the castle. 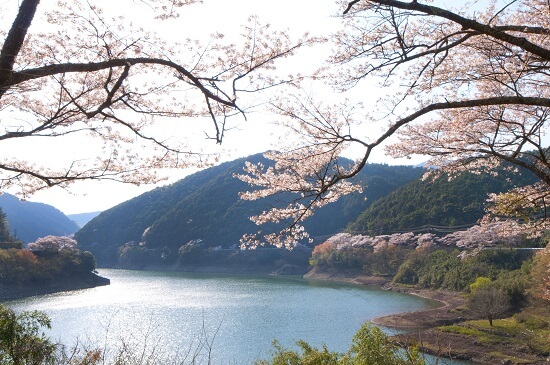 Ichifusa Dam Lake(市房ダム湖畔) is a Dam lake that built at the headstreem of Kuma river in the mountainous region of southern Kumamoto, and also a popular cherry blossom viewing spot known as 10,000 cherry trees. Roughly 20,000 cherry trees, mostly Someiyoshino, are planted around the lake so far. Cherry trees surrounding the lake are simultaneously in full bloom in spring. It’s a spectacular and overwhelming view attracting many visitors every year. 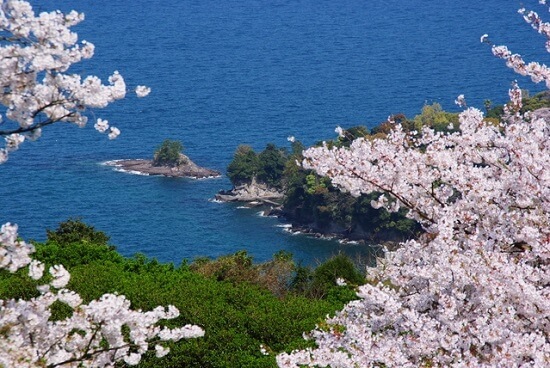