Motonosumi Inari Shrine(元乃隅稲成神社) is located in Nagato city, Yamaguchi prefecture. It is a branch shrine from Taikodani Inari Shrine located in Shimane prefecture in 1955 since a local fisherman heard a divine revelation from the white fox. 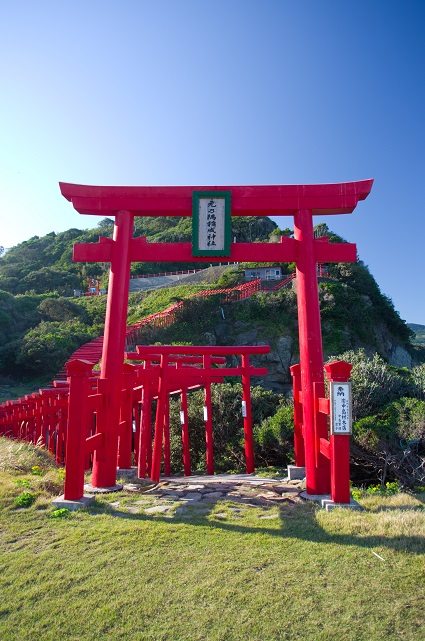 The tunnel of Torii gate is extending from shrine at the cliff into the sea. The red colored Torii (Shrine gate) seemingly spreading to the sea is impressive! It is selected one of the Japan’s 31 most beautiful places in 2015 by CNN. 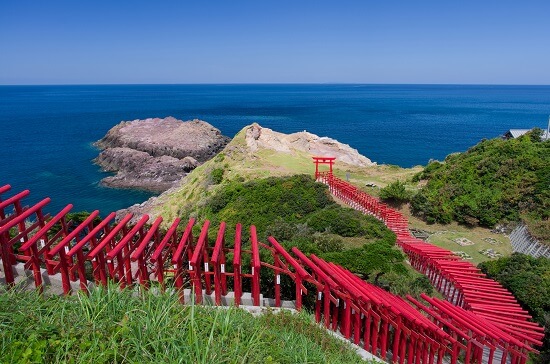 Over a decade Torii was dedicated from Worshippers from 1987. The number of Torii is 123 which is an auspicious number in Shinto. Red Torii gate over 100m is spectacular! 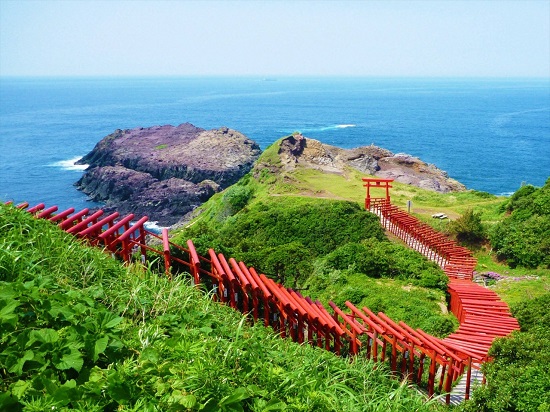 Most challenging Donation box in Japan 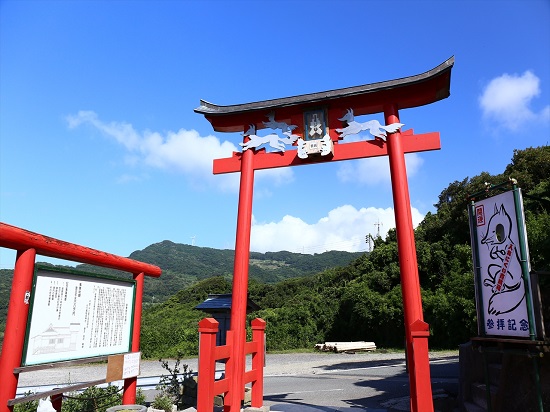 “Ryugu-no-Shiofuki”, in a cliff ahead of Torii, is a great viewshot designed as a national Natural Monument and Scenic beauty. 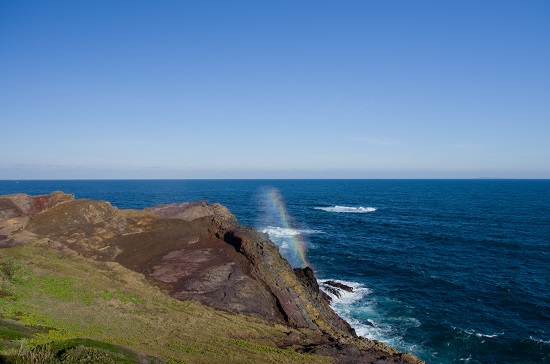 Big waves are washed up a rock cliff and flowed in rocks in winter. You can see the dynamic scene of the wave releasing as a jet of spray. 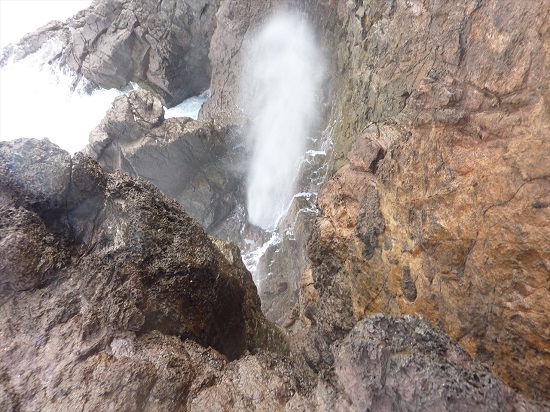 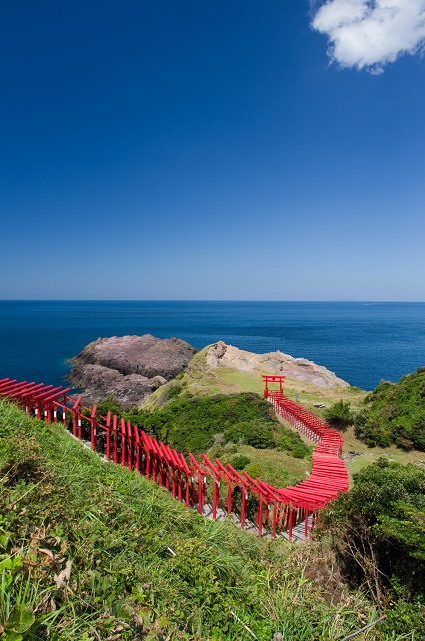