Japan has four distinct seasons and you can find the different beautiful scenery for the tourist attraction in each season. As our 6th article of  “Four Seasons Series”, We will introduce Matsumoto Castle(松本城), a national treasure known as “Crow Castle (Karasu-jo)”, attracts many tourists throughtout the year. 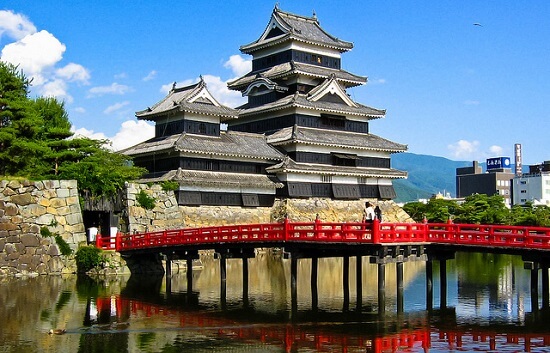 Matsumoto Castle(松本城), a symbol of Matsumoto City, Nagano Prefecture, was first called Fukashi Castle built in the late 16th century. The main tower has five-tiers and six-floors which remains beautifully over 400 years. It is the oldest in the existing castles in Japan. Matsumoto Castle is designed as a national treasure in 1936 after the extensive renovations. 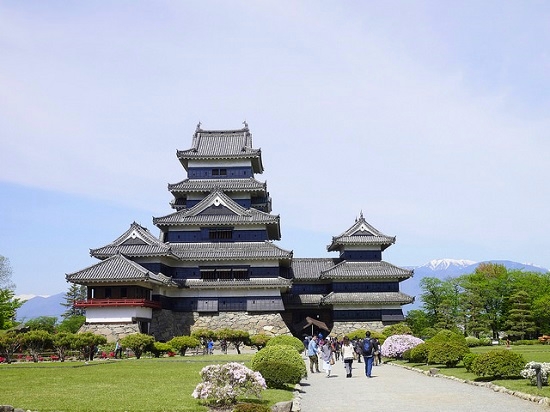 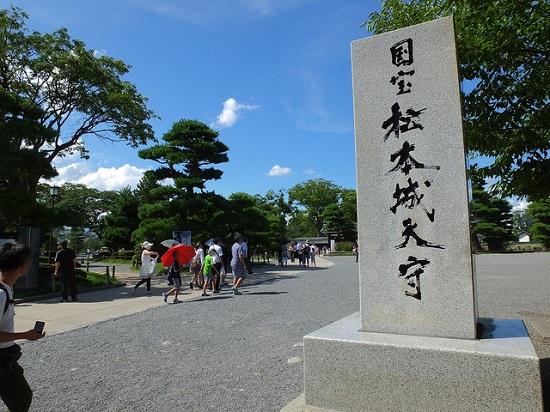 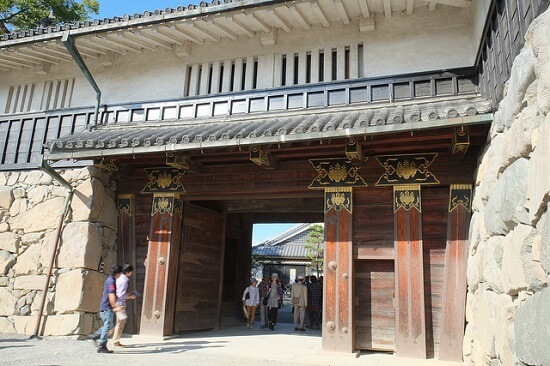 It is a interconnected-style keep consisting of Daitensyu (larger keep),  Inuikotensyu (smaller keep), and Watarigura (roofed passage connected between large and small keeps). Since it was built during the Sengoku period which many hard battles occurred domestically in Japan, it is defensive structure with few windows and equipped with many boulder drops and loopholes to fire guns. Matsumoto Castle is sometimes called “Crow Castle” named because of the elegant black appearance painted by black lacquer. 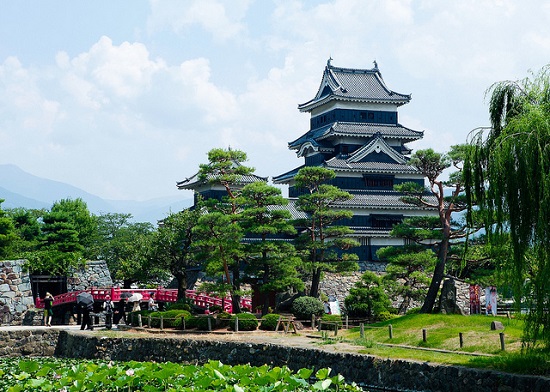 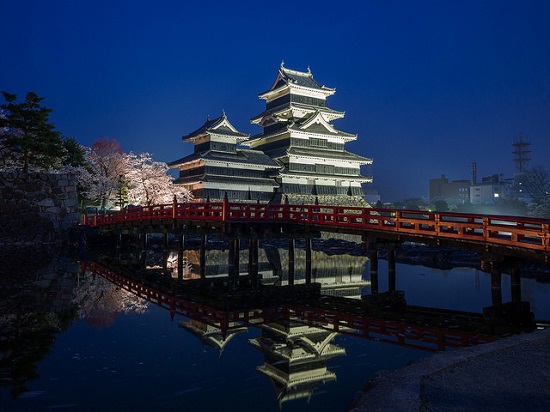 Inside the main keep, most of stairs, floors, walls, ceilings, and pillars remain intact at the time of its construction. 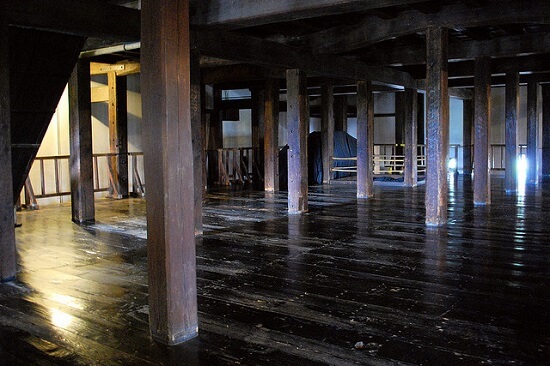 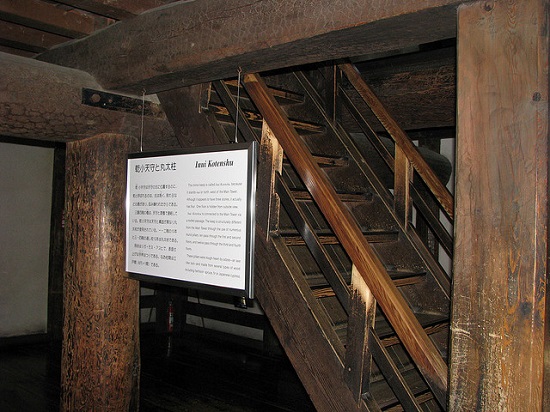 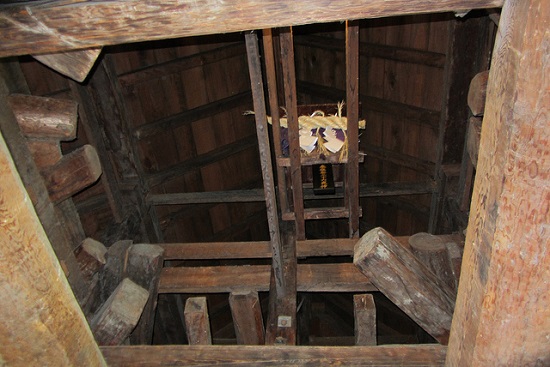 Historical materials and valuables such as armours and matchlock guns are displayed inside the castle tower. 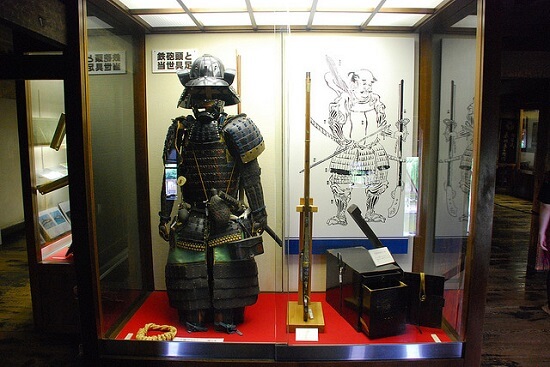 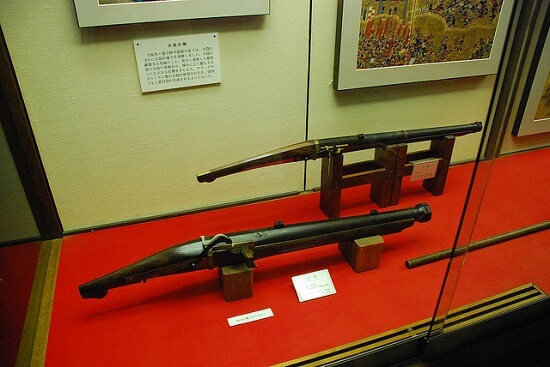 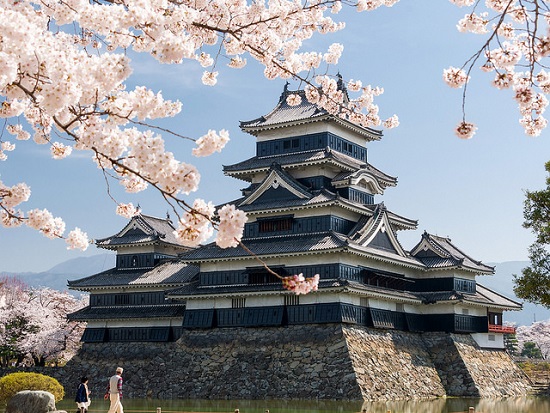 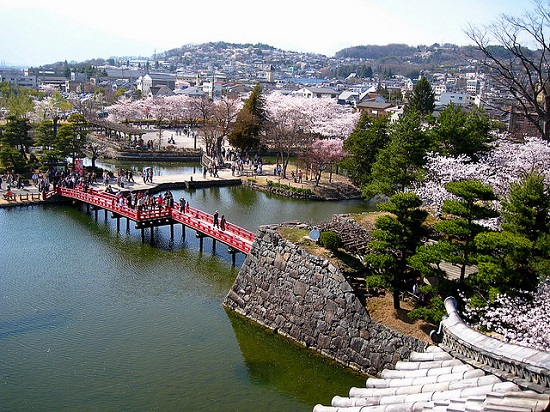 (Summer) It’s a wonderful scenery that the castle stands out against the Japan’s Northern Alps. 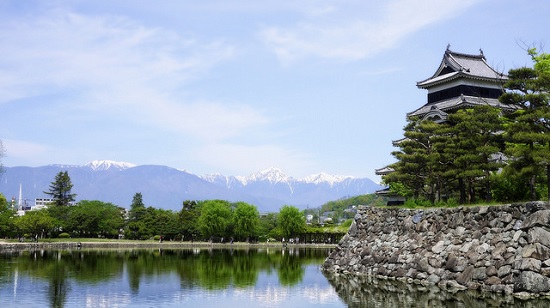 (Autumn) Trees are beautifully stained to yellow and red, which contrasts finely with the black castle walls. 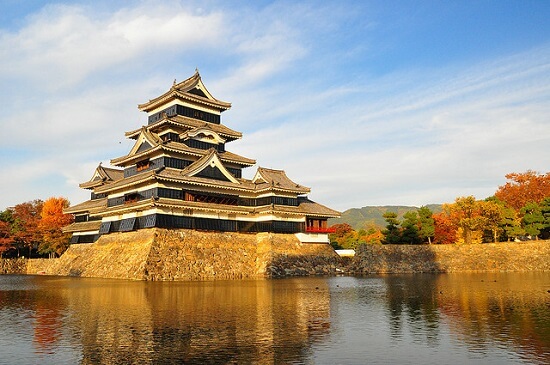 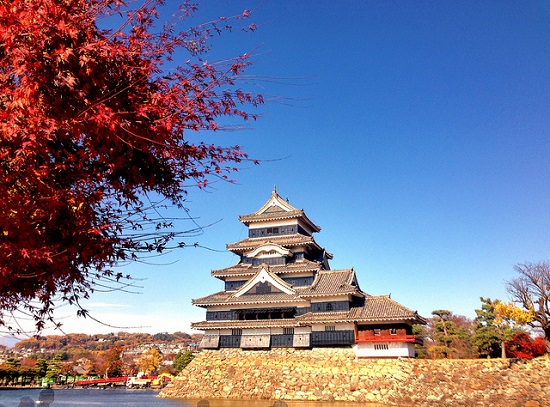 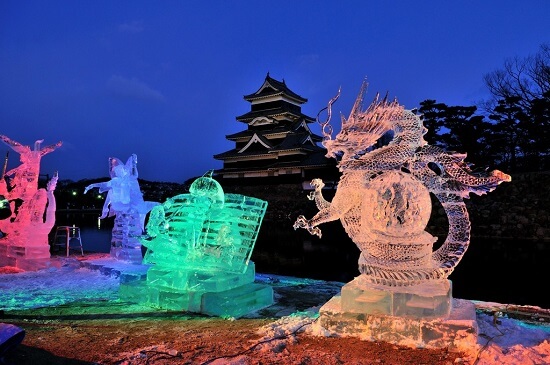 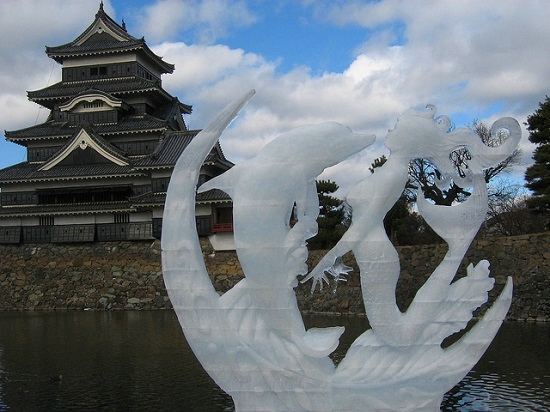