Japan has four distinct seasons and you can find the different beautiful scenery for the tourist attraction in each season. As our 5th article of  “Four Seasons Series”, We will introduce Kumamoto Castle(熊本城), one of Japan’s three premier castles, attracts many tourists throughtout the year. 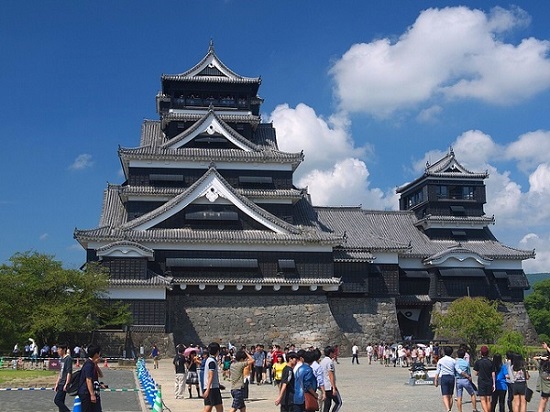 Kumamoto Castle is one of Japan’s three premier castles along with Himeji Castle and Matsumoto Castle, and nationally designed as a special historic site. It was the most impenetrable castle in Japan for its time built by Kiyomasa Kato, a feudal Lord governed this region, over seven years since 1601. 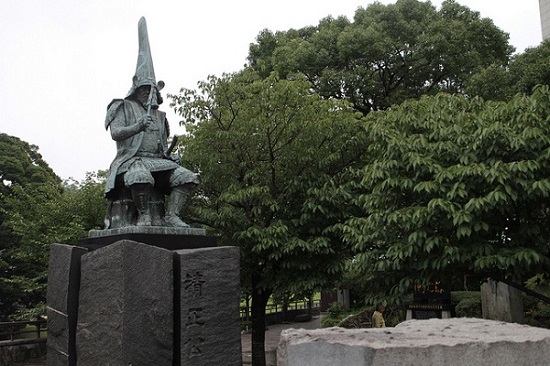 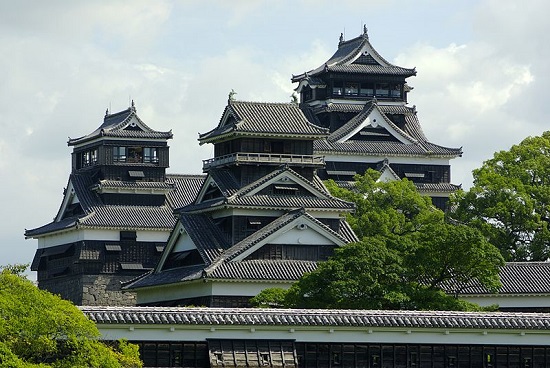 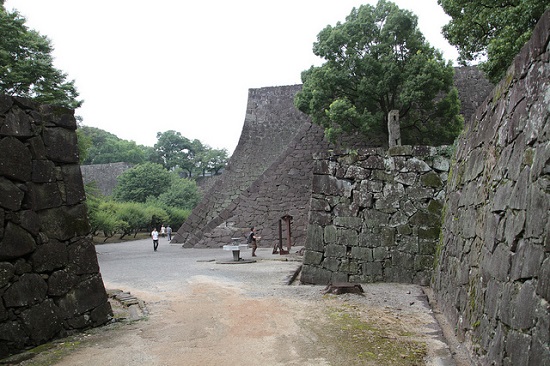 Although much of the castle burnt during the Seinan War occurred in 1877, stonewalls and Uto-yagura turret remain intact. The Tenshukaku (main towers) were reconstructed in 1960, and now there is a branch of Kumamoto museum inside the main tower where historical materials regarding to this castle including Kiyomasa Kato and Seinan War are displayed. Also, visitors can see a magnificent view of Kumamoto City as well as the range of mountains in Aso far from observatories at the top of the main tower. 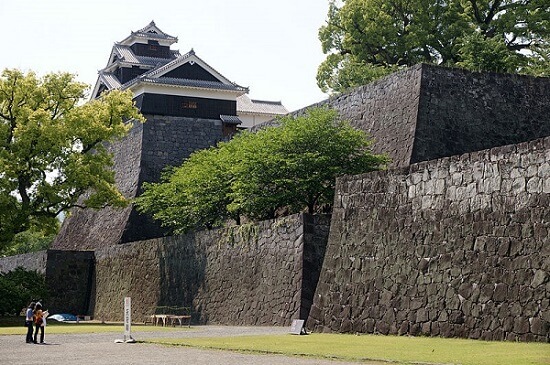 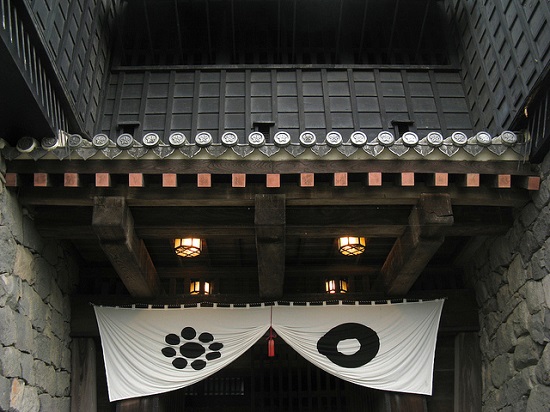 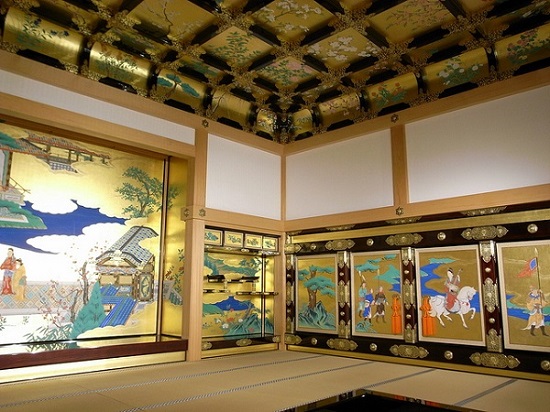 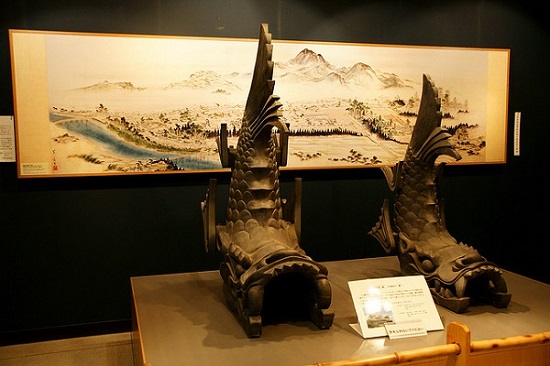 (Spring) Kumamoto Castle is highly popular for cherry blossom spot where about 800 of cherry trees are planted within the castle. Stonewalls and Tenshukaku (castle towers) filled with Cherry blossoms will be very impressive. 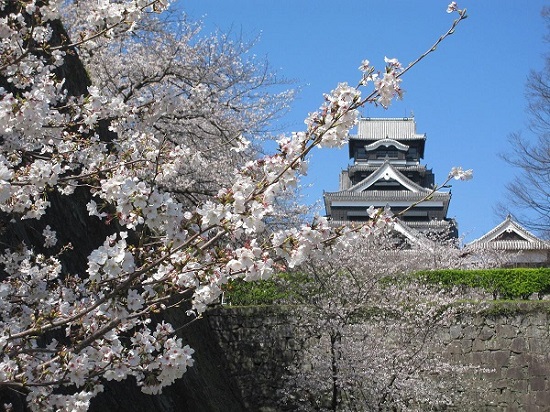 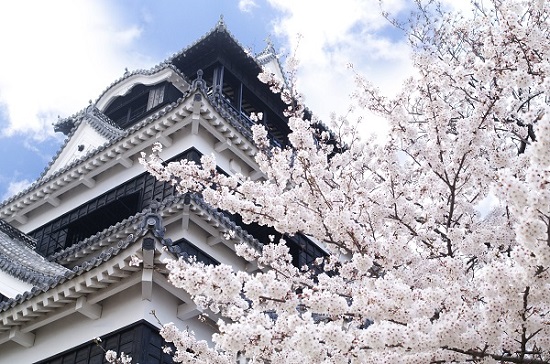 (Summer) Castle walls painted by black lacquer and persimmon tannin are set off against the blue sky. 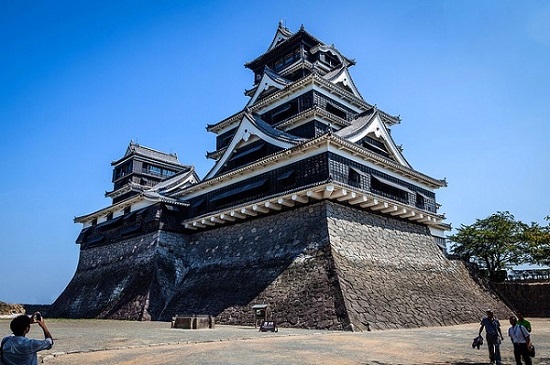 (Autumn) A old ginkgo tree, said to be planted by Kiyomasa Kato, in front of the large hall of the palace will be beautifully stained to yellow. 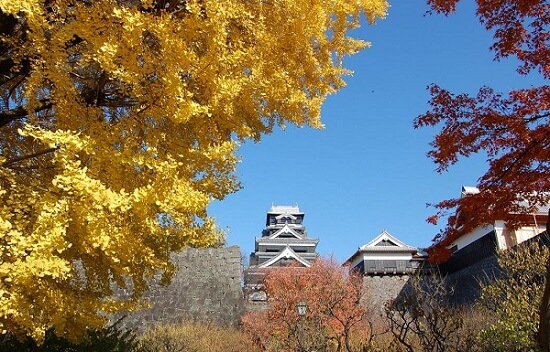 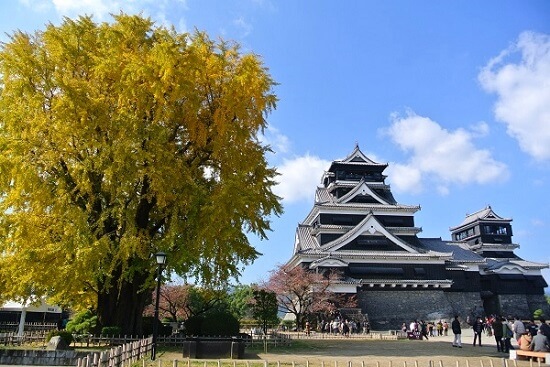 (Winter) Kumamoto Castle is unusually covered by snow although it rarely snows in this region. 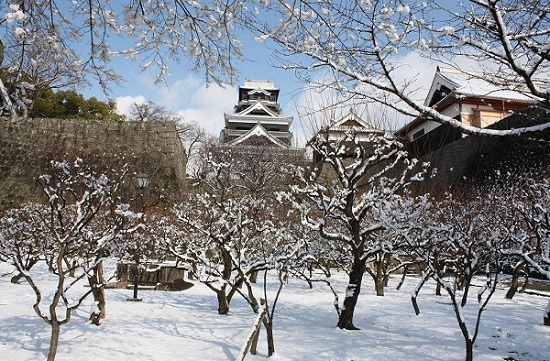